I am delighted to announce the release of the latest recording on AAM Records, Jan Ladislav Dussek’s Messe Solemnelle, now available for sale on AAM's website and from all good retailers, and streaming on Spotify, Apple Music, Deezer and beyond.

Continuing the Academy of Ancient Music’s mission to explore, reveal and preserve the great treasure house of baroque and classical music, this setting was discovered languishing in a Florentine library by AAM music director Richard Egarr after more than two centuries of neglect. Likely receiving only a single performance in the composer’s lifetime, the Messe is ‘typical of Dussek,’ Egarr writes. ‘Hugely colourful, dynamic, flexible and with an advanced harmonic and modulatory daring, particularly in the extensive fugues. His orchestration and sense of drama is unlike his contemporaries, and by this I mean the generation of Mozart, not Beethoven! It is much more “Romantic” in its intentions and palette. In short, Dussek is a figure who deserves a great deal more attention.'

The release is presented in premium packaging with a full-colour booklet containing numerous articles and notes on the work’s context and relevance, in line with other notable recent releases Handel Brockes-Passion and Valls Missa Regalis.

I am thrilled to share this under-appreciated work with you, and hope that you enjoy discovering Dussek’s exciting and enigmatic soundworld as much as we have in the year since we gave the work its modern premiere. The perfect addition to any music-lover’s library, especially those seeking new musical adventures. 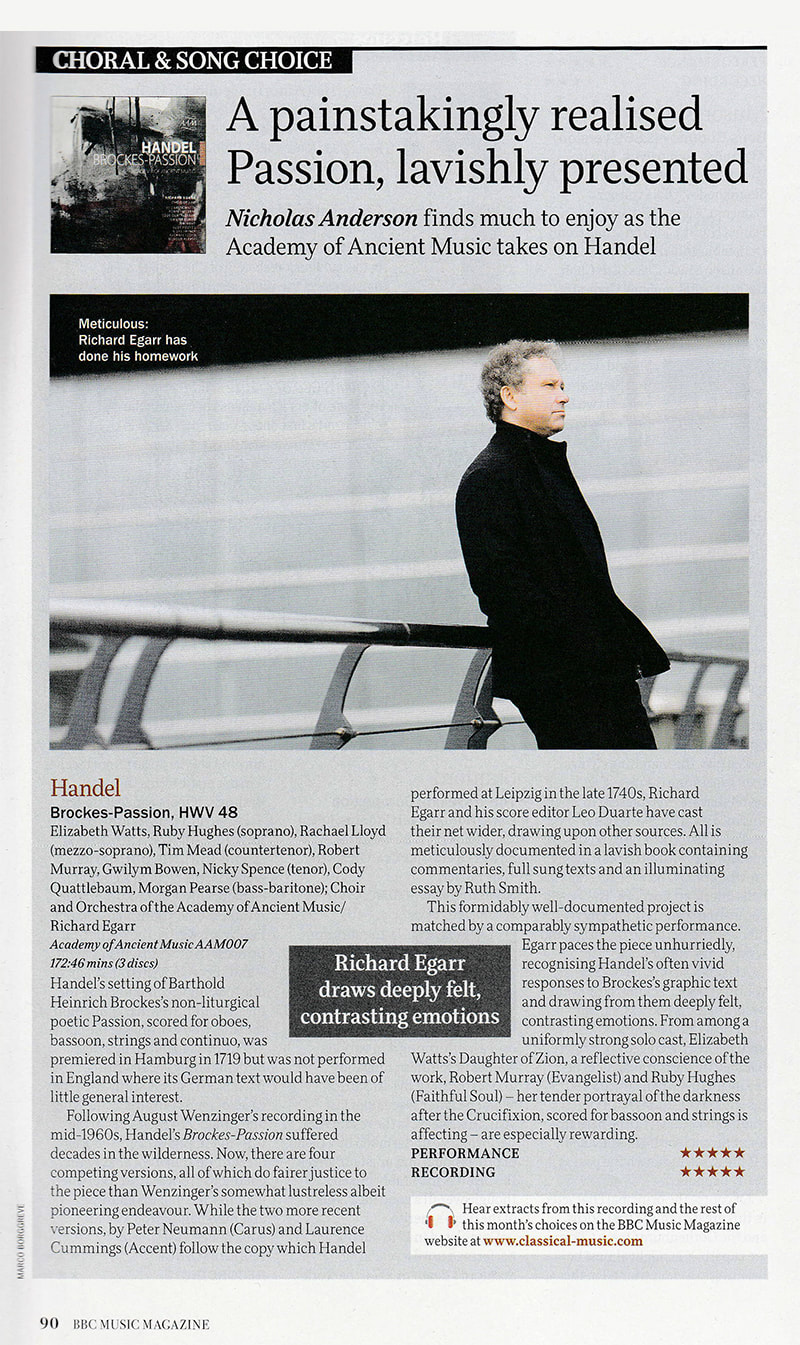 The Academy of Ancient Music (AAM) has appointed visual artist Emma Safe as Artist in Residence for the 2019/20 season. Safe will attend rehearsals and concerts throughout the year and create visual works of art in-situ, inspired by the rhythms and sounds she hears, responding to situations physically, and never changing her drawings after an event.
​​
Emma Safe comments: “I’m delighted to be working with the Academy this year. There are so many different ways of responding to music visually, and this opportunity allows me to explore those angles. For me, music has a texture and physicality the same way drawing does. To draw from such incredible music is a dream project. I’m very excited to see what will happen and where it will take me.”

Safe trained at the Liverpool School of Art in the early 1990s, and subsequently spent several years as an Art Critic writing for publications including Art Monthly, [a-n] Magazine, The Guardian and Metro Life. She left journalism to pursue her own art work in the early 2000s, and has since developed a method of drawing and painting which uses external stimuli to influence the rhythm of the work and explore particular themes.
​
Safe also takes up the post of Hogwood Fellow for the 2019/20 season. The position builds on the legacy of AAM founder the late Christopher Hogwood, by seeking to further our understanding of, and relationship with early music. Safe succeeds Sandy Burnett, who held the position for the 2018/19 season, and Professor Robert Levin, AAM’s inaugural Hogwood Fellow in 2017/18.
Speaking about the appointment, AAM Chief Executive Alexander Van Ingen comments: “Emma’s inspirational art is as compelling as it is visceral; dramatic and full of energy. Her work in response to AAM’s 300th anniversary performance of Handel’s Brockes-Passion features throughout the CD artwork (released on October 4th) exploring the dramatic tension of the narrative, and adds a new dimension to appreciate and absorb Handel and Brockes’ masterpiece of music and poetry. I’m thrilled to welcome Emma to AAM this season, and look forward to us inspiring each other through audible and visual art-forms to increase our audience’s opportunity to engage with art in all its forms, from the 1600’s to the modern day.”
AAM/YouTube Monday 23rd September 2019
YouTube.com
Birmingham New Street Station Assisted Travel Lounge
PHOTO: NETWORK RAIL
dpa light review, No. 33, Special Edition - October 2017 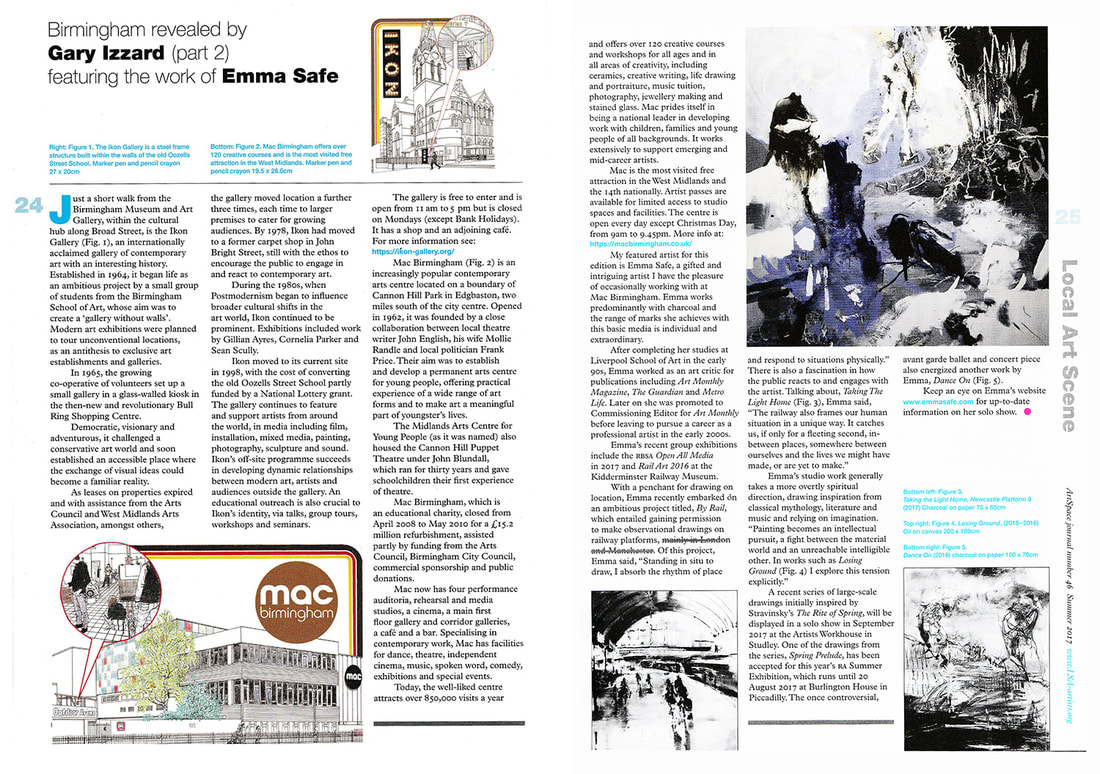 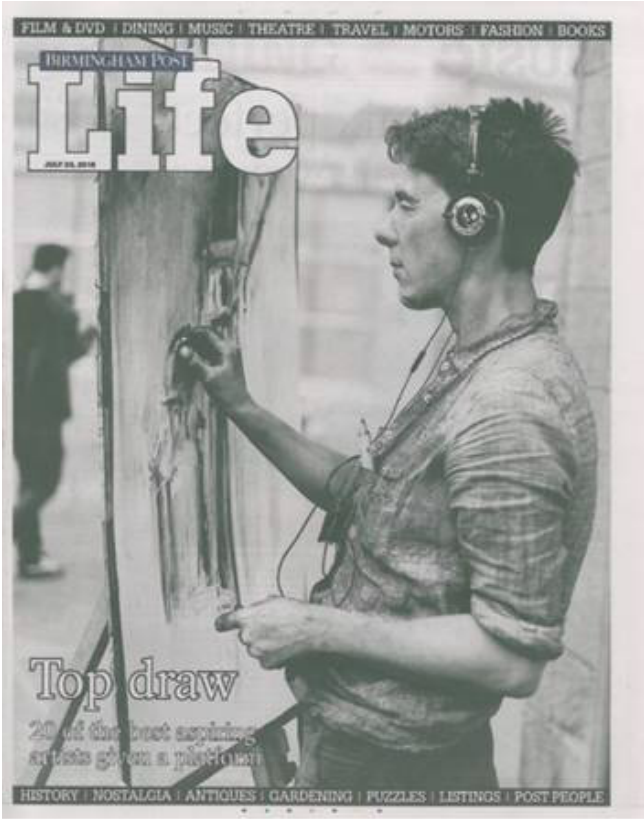 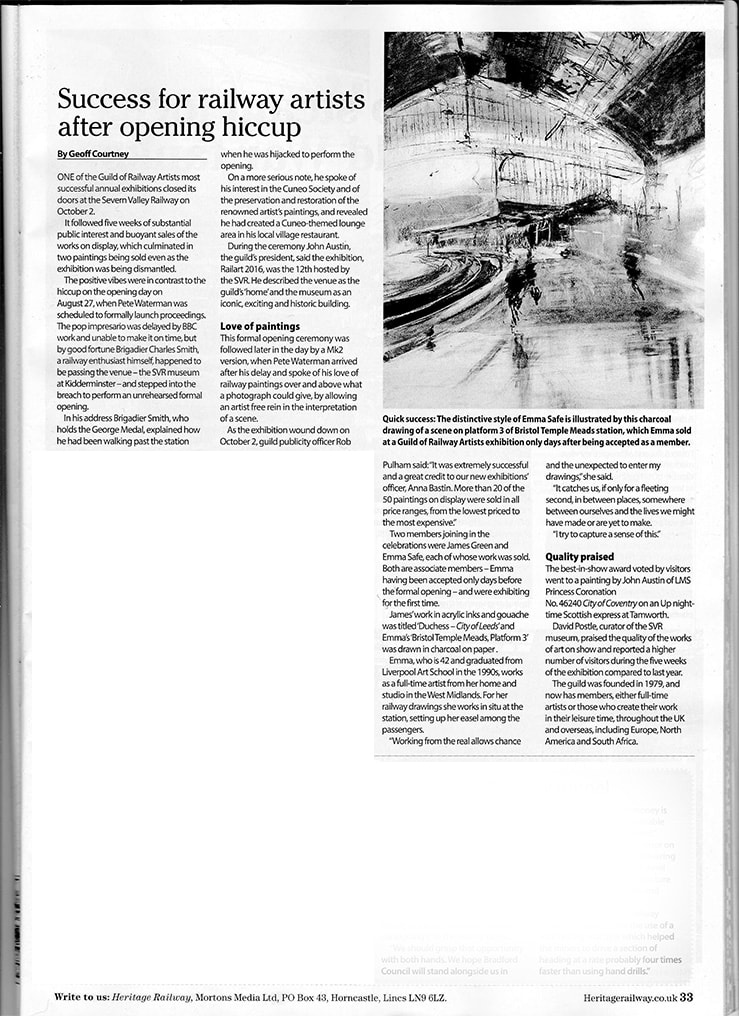